This was one of the most exciting Championships in Surrey history with two hole-in-ones, a course record and a 3-man playoff for the U16 title.

The course was in fantastic condition, with Pyrford Lakes staff working tirelessly in the build up to ensure perfection was reached. And it was!

After round one, four players were under par with Ollie George leading the field with a 68 (-4), followed by Reggie Fear and Oscar Lent on 70 (-2) but hot on their heels was Peter Alliss Champion Monty Holcombe with a 71 (-1).

After the cards were signed and handed in, players sat down for an athlete’s lunch of burger & chips, desperate to re-charge for the afternoon rounds.

Round two would prove to be one of the most eventful rounds of any Surrey Championship.

It all started when Thomas Dowling bagged himself a hole-in-one on the par 3 6th.

Daniel Prince made the turn at -4 and then proceeded to make the 2nd hole-in-one of the championships to go -6 through 10. Word quickly spread and all eyes were on Daniel. The course record stood at 66 (-6) and Daniel found himself -8 stood on the 17th tee. An unfortunate bounce into the water led to a double bogey, but a great wedge into 18 left him a 3-footer for the new record! With nerves of steel, he rolled it in.

Ollie George teed off first and handled the nerves well, hitting his ball 15 feet from the flag. Oscar was next up, pulling his shot slightly left, with a firm bounce, found himself in the knee high rough. Monty also stumbled and caught the bunker at the front of the green.

With the pressure on, Oscar hit a phenomenal wedge from the rough, finishing 4 feet from the hole. Unfortunately, Monty was unable to make an up and down from the bunker and his hopes of the trophy were fading.

With Oscar looking like a certain 3, the pressure was on Ollie once again. The spectators went silent as the ball made its way towards the hole, the ball dropped! With a simultaneous fist pump from Ollie and the trophy was his!

A huge thanks to Pyrford Lakes Golf Club! The course was in amazing condition and the staff really are a credit to the club. 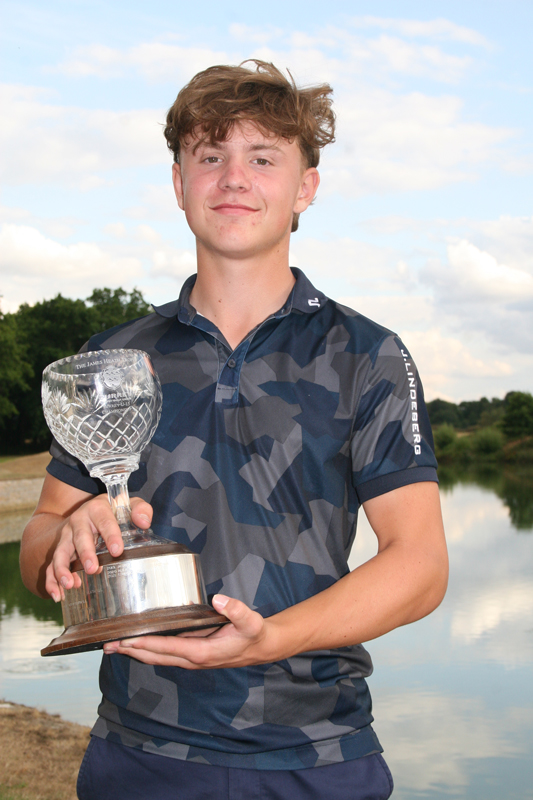 Oscar Lent with U15 Trophy 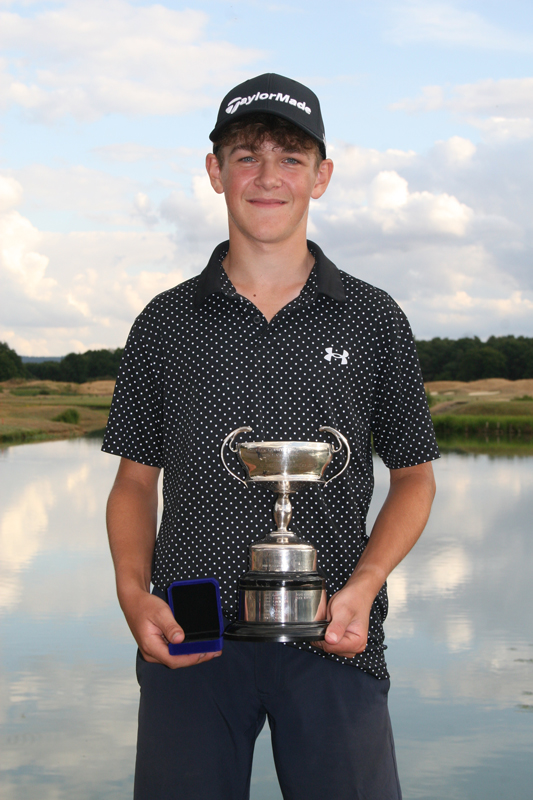 Ollie George with U16 Trophy 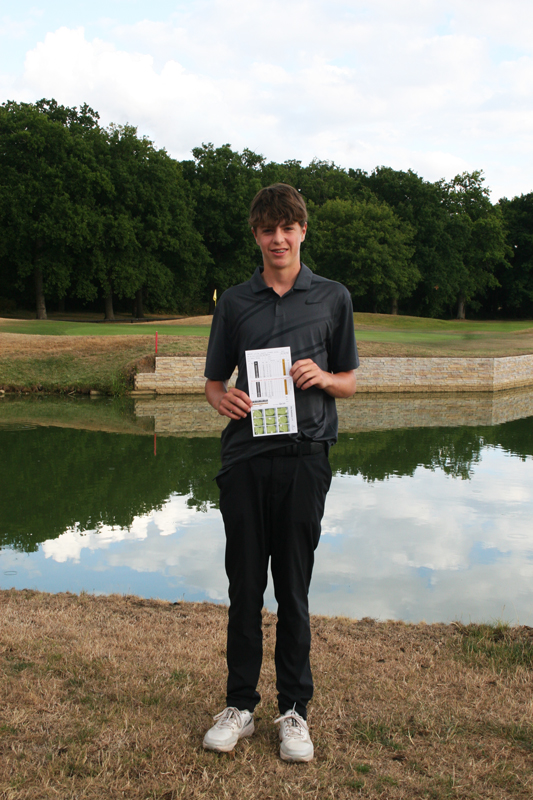 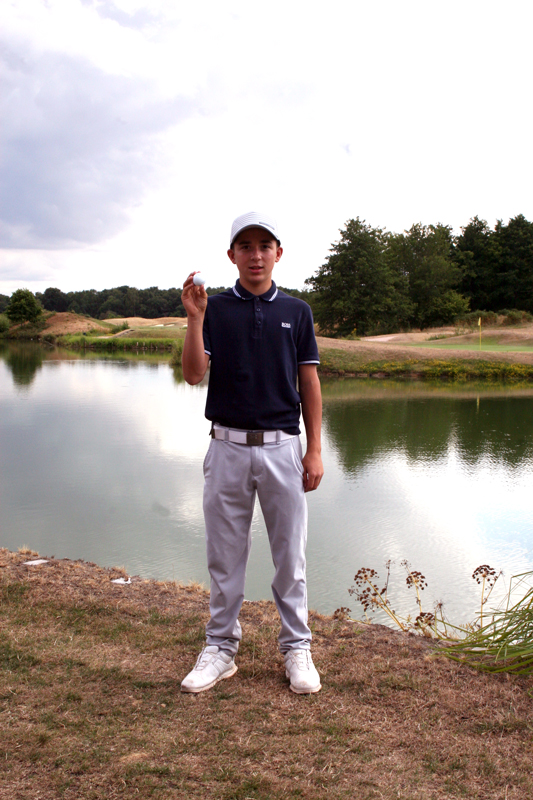 Thomas Dowling with his Hole-in-One Ball